One of the greatest inspirations of my art is found in the ancient craft called chitarkari or slate engravings found in the cemeteries of my parents hometown in Gangar hills in Hazara, Khyber Pakhtunkhwa.

Chitarkari for centuries has been used exclusively for the beautification of tombs in the cemeteries of Gangar hills. I had childhood memories of playing in the cemeteries of my parents’ village Sirikot. By 1990 it was at the verge of extinction. Villagers started using marble (as a status symbol) or cement ( because it is cheaper). My mother and I started a campaign of reviving this dying craft. I helped the craftsmen to find new market for this craft by designing different furniture items for them and introduced them to the Folk Heritage Institute in Islamabad and galleries in different cities of Pakistan.

The most heartening fact in this journey of revival is that after a number of our television interviews and documentaries we promoted its respect, consequently the villagers felt pride in their unique craft. After watching their craft being appreciated at a national level the villagers reclaimed it. Two decades later slate is still a proud symbol of identity in the cemeteries of Gangar hills.

In this process of reviving chitarkari, I explored it as a medium of my art. Like the people of Gangar hills Chitarkari is a part of my identity too. 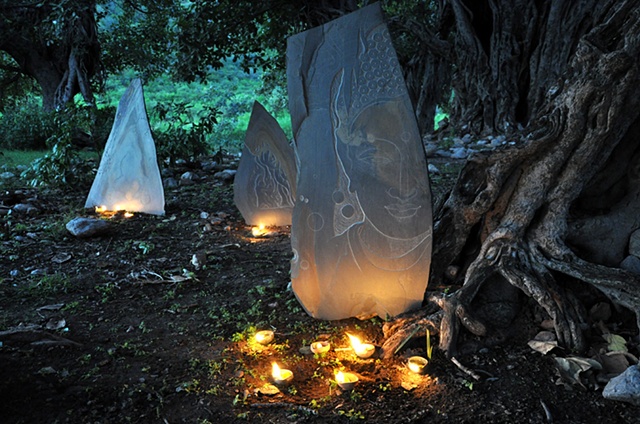 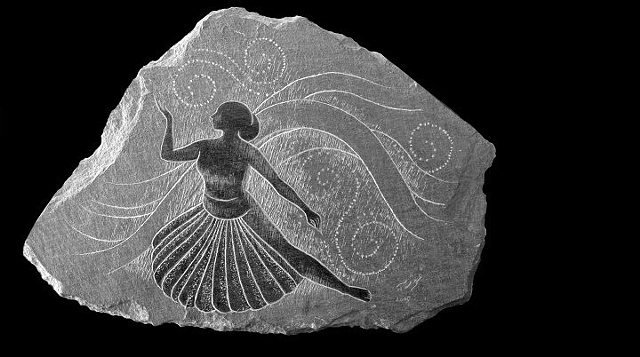